Home Away From Home

As a young, hopeful creative who grew up in Perth Australia, where life moves at a slower pace – I was always told that there is something bigger over on the other side of the country. This was enough to keep the desire of wanting to see more of the world burning in my heart, and in September of 2017, I made the move to the city of Melbourne.

People often commented on how ‘brave’ and ‘independent’ I was, but little did they know that once I had step foot on the other side, I felt anything but brave. It took moving away from my family and what was once familiar to appreciate the comfort I once had back home and with my friends around me.

I had to build my life from scratch and figure everything out on my own each step of the way. As a third culture kid, this got me reflecting on what my parents had to go through when they had decided to move us over as a family from the Philippines over to Australia. Regardless, what I am experiencing is nothing close to what they had to go through, but it got me reflecting on the sacrifices they have made.

Here are the 3 things that I have learnt over the past year:

1. “Wherever I go, you come with me.”
Six months into my move, one of the biggest realisations that I have had was the understanding as to why my dad brought our whole family wherever he wanted to move onto next. Having your family with you makes the move easier. Most especially, when you’re moving into a whole new city where you haven’t got any connections with anybody.

We all yearn for that human connection and I would not have survived here in Melbourne if it weren’t for the community that I found myself in. Now that I’ve found myself living somewhat comfortably again, where I have got my own room and own bed to sleep in – there are some days that I miss couchsurfing at a friend’s place because I have company. It is the people around us that makes a place feel like home.

2. My survival is more important over my own pride.

I used to pride myself as a creative, however that’s the thing with pride – It doesn’t create the work. My mentor calls this our ‘art ego’ we carry at times. One of the biggest motivators that pushed me to move interstate was because no one would hire me for my creative skills back in Perth. It got me believing that moving to Melbourne would fix things. However, it did not.

Months of countless rejections from job applications broke my heart. I stopped creating work because I chose to pity myself instead. On top of that, my time in Melbourne was running out as my bank account was rapidly running dry. I had to do something to survive here first before anything else.

3. To take responsibility with the freedom that’s been given to me.
It took me to have all the freedom in the world to know that I do not want it. When I was a teenager, I craved for all the freedom I could get. Moving to a whole new city on my own in my early twenties got me excited over the idea that I did not have to answer to my parents at 10pm at night as to why I wasn’t home yet.

This teenage fantasy of mine wore off pretty quickly. I started yearning for someone to wait for me at home, to know that I was safe and sound after a long day out. Coming home to an empty house was not at all glamorous nor ‘adultish’ as it seemed. It was quite lonely.

Despite all of the realisations this past year, my biggest takeaway is the value of family and the relationships I have. I am at the peak of my youth where it seems as though climbing the career ladder is what should be most important at this moment. But all such things don’t matter if I don’t have anyone to share it with. I have learned that human connection is what adds value to the work we do at the end of the day. 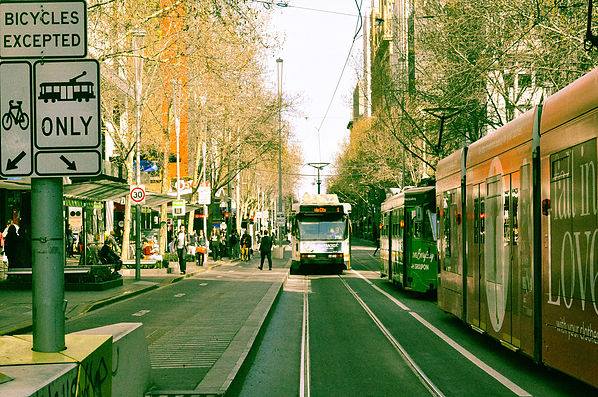 This past year had been an up and down battle in this race we call life – where I have been so distracted by the negatives of having to move and doing everything on my own because no one is here to help me but me. I used to think that I’d only be able to venture into my creative interests once I became stable and affluent enough to take care of myself first, but now I know that’s not the case.

As I type this, I am back in Melbourne after visiting my family in Perth since I first moved over. I am back to being a student. I am back to volunteering for Laneway Learning. I am back to my casual retail job and budgeting whatever I have to survive on my own again. The biggest luxury I have right now is knowing that if it doesn’t work out here in Melbourne – I always have a home to go back to in Perth. And that’s the main thing – I am fortunate to have a family cheering me on from Perth and that gives me the sense of purpose that I need to keep doing what I am doing here in Melbourne. Christine Alcorin is a Melbourne University student studying her Masters in Primary Education. She enjoys cooking and doodling, as well as, a good cup of coffee.