Due to the creation of smartphones and tablet devices, we can only wonder, is traditional film and television still relevant in this day and age?

I find myself constantly using the Internet clicking and scrolling through random videos making TV no longer my only source of entertainment. The online web AKA the Internet has introduced people like myself to another way of watching. Does streaming sound familiar? In technical terms, streaming is video content that is compressed and sent on the Internet. It has now taken over the online world with thousands of individuals watching content in a non-traditional way. Television was once the only source of entertainment. In the late 1940s through to the early 1960s it was one of the most exciting things ever developed as sitcoms and television dramas were rising in popularity. This era was known as the “golden age of technology” as this is when people started to become addicted to watching something from a device. It also helped establish family traditions in a household which has been carried through over the years. It definitely has in my household. The only time I find myself watching TV is with my family at the dinner table which in a way brings us closer together.

Major broadcasters and public services are going through great change as television is becoming more competitive due to the Internet and social media. If you watch subscription TV like Netflix or Stan, you’ll know how convenient and accessible it is to watch your favourite shows whenever you want. Australians are now watching more subscription TV, with an average of 17.5 hours of content per week in 2017 compared with 17.2 hours in 2015. We are now living in an age where online streaming sites can be considered as today’s new television. As someone who regularly binges Netflix, I understand why people are questioning the future of broadcast television. With our busy lifestyles, who really has the time to watch scheduled television? Many other questions have also been raised regarding today’s generation. Children are now growing up with iPads and iPhones and are becoming experts at using them at such a young age. They are growing up with the idea that these devices are typical television.

So far, Facebook has 2.23 billion monthly active users and counting. Social media is becoming addictively consuming with people spending hours of their day sharing, promoting and advertising random videos. We the audience have now become dependent and reliant on these social media sites as well as becoming content creators ourselves, making our very own random videos. Large budget productions are now competing with smaller budget productions as the Internet has created a window for a greater viewing audience, allowing these smaller videos to become more popular.

All you need is an iPhone and you can create a viral video. Famous television shows such as Modern Family are now using iPhones to film their TV shows. An episode released in 2015 titled ‘Connection Lost’ was filmed using just Apple devices such as iPhones and iPads, making the production very easy and cheap to film.

Even though we now live in a digital world full of streaming culture and the Internet, I believe that traditional television is most definitely still alive. People are not used to change and since television has been around since the 1920s, the world will become a very crazy place without it. TV has become a part of our lives that for a majority of the time, the first thing we think of when faced with boredom, is ‘What’s on TV?’ I believe that our world is not ready to say goodbye, I for one, have become so used to watching reality shows like the The Bachelor that it has now become a tradition to watch it in my household. Perhaps we can all take a deep breath and relax in the knowledge that our precious TVs will not be leaving us any time soon. 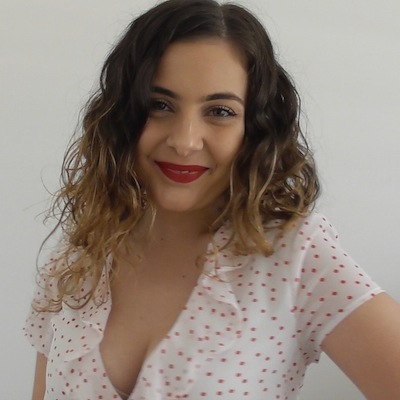 Isabel Viavattene is a Media Communications student studying at RMIT University. She is currently working on a passion project documenting the life of her grandpa Angelo Viavattene. When she isn’t studying she has a passion for capturing important moments in her life through film.