Another year is upon us!

2016 is the 2016th year of the Gregorian calendar and is a leap year, so don’t forget that sneaky February 29th! 2016 is also the year 5776–5777 in the Hebrew calendar, 4349 in the Korean calendar and is the Year of the Monkey according to the Chinese zodiac (starting on Chinese New Year, which is February 8th).

People born under the sign of the Monkey are often thought of as intelligent and successful, lively and quick-witted, social and confident (although the downsides include a short temper and arrogance).

The United Nations General Assembly have declared 2016 the ‘International Year of Pulses’ (legumes). We challenge you to get more legumes into your diet; maybe you can learn to make an awesome hummus or falafel or start sprouting peas, beans, lentils and alfalfa for salads and sandwiches. Pulses are a healthy, delicious and incredibly versatile source of energy and protein.

As the new year begins, here is a preview of some of the exciting things that are planned around the world. 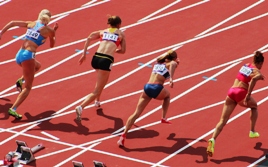 The big sporting event of 2016 is the Summer Olympics. The Olympics will be held in Rio de Janeiro, Brazil between August 5th–21st, with the Paralympics taking place September 7th–18th.

European football (soccer) is also in for a treat with Euro 2016, which will be held in France from June 10th to July 10th. This year, there will be many more games as the tournament has been expanded from 16 teams to 24.

In 2016, we are due the release of a pill that can prevent sunburn (according to reports from 2011 that suggested this could be on the shelves ‘within five years’)!

This pill is being developed by scientists after it was discovered that coral in shallow water protects itself from the sun’s UV rays by, effectively making its own sunscreen. If successful, the research might also provide us with ways to protect our eyes, thus doing away with the need to wear sunglasses. However, initial reports say that, if successful, the pill may need to be prescription only, in case people overdose and end up with serious vitamin D deficiencies.

There are a few exciting space explorations planned for 2016, starting with the arrival of NASA’s Juno spacecraft at Jupiter!

Juno was launched back in August of 2011 and is expected to get to Jupiter on July 4th. Juno uses solar energy and will study the composition, gravity and magnetic fields of Jupiter to determine things such as: how much water does Jupiter have? Does Jupiter have a rocky core? And how did Jupiter form anyway?

Juno is named after the goddess Juno, wife of the god Jupiter from Greek-Roman mythology.

In November, the Sierra Nevada Corporation (which works with things like electronics, aviation and navigation) plans to launch ‘Dream Chaser’. This will be a spaceplane (best object name ever) – a vehicle that works like an aeroplane when it’s inside the Earth’s atmosphere and a spacecraft when it’s outside the atmosphere – that can carry up to 7 people to space and back. The privately built spaceplane’s debut mission will be without a crew but the plan to use for things like transporting astronauts and equipment to and from the International Space Station.

Finally, back in 2010 the Russian company Orbital Technologies proposed the launch of a space hotel 2016. I’m going to say that again: a space hotel. I’m waiting!

2016 is going to be an interesting year in politics with an Australian (probably) and American federal election.

The US will be heading to the polls on Tuesday November 8th to vote for their 58th president. President Barack Obama is ineligible to run for president again because the 22nd Amendment to the US Constitution states that nobody may be elected as president more than twice. President Obama has served for two terms, winning both the 2008 and 2012 presidential elections.

To be eligible for the role of POTUS (President of the Unites States) you must be:

At the moment the two major parties (the Democrat party and the Republican party) have no put forward their official candidates for the presidential race. However, the best guess at this point is that it might be Hillary Clinton (Democrat) Donald Trump (Republican).

Closer to home, we’re have to have an election before January 14th, 2017, so it’s probably going to happen this year. The earliest date for the election will be the start of August. Our main current choices are:

And of course, in Laneway Learning we’re going to have a whole heap of exciting things for you! We’re hard at working planning a packed schedule of classes, festivals and other fun events. Stay tuned and sign up to our newsletter to hear more as things are announced! Plus you can follow us on Twitter, Facebook and Instagram.

What are you looking forward to this year? Let us know and we look forward to seeing you soon!

Follow or tag us @lanewaylearning
Yay, just one day for the Kindness Kristmas Fest!!

Join us this Saturday for our Kindness Kristmas Fe