It’s hard to believe that the long-lasting nature of Shakespeare’s influence has impacted so many sectors of today’s world. Literature, film, theatre, dance, and poetry, have all been changed or inspired by the Bard’s works. He lived over 450 years ago but his plays and sonnets are still being performed and studied in schools, perhaps to the annoyance of some students who are forced to learn the ins and outs of iambic pentameter (the type of verse that Shakespeare used throughout his works, consisting of five metric feet, dictating rhythm and stressed syllables). I was one of few at my school who truly enjoyed learning Shakespeare, but even I can admit that at times he could be incredibly hard to wrap your head around. However, something that is undeniable, and perhaps goes under the radar at times, is the extent of Shakespeare’s impact on the entire English Language.

The timing in which Shakespeare wrote became incredibly critical to his influence of the English language. English was still being standardised during his era, and therefore the language and phrases for which he has become famous easily slid into everyday vocabulary. He was able to achieve this effect widely due to the fact this was also the time that English was becoming more flexible in the way grammar was used, and when people were modernising their “work-a-day speech.” Therefore, from the very beginning, people’s everyday language was being influenced by Shakespeare.

A Victorian word expert by the name of F Max Muller has estimated that Shakespeare used around 15,000 words in total in his plays. To put that into perspective, the Old Testament in The Bible is made up of only 5,642 words. If that isn’t impressive enough, of those 15,000 words, Shakespeare is believed to have invented around 1700 of them!

Now, the word ‘invented’ can mean a few different things in this case. Some of the words weren’t necessarily created by the man himself and could have been already used as colloquial language of this era, but Shakespeare was the first person to write them down and create a record of them. In other cases, he invented words by changing them from nouns to verbs or changing verbs into adjectives such as the word “antic”, which he changed into a verb to create “anticked” for the play Antony and Cleopatra. 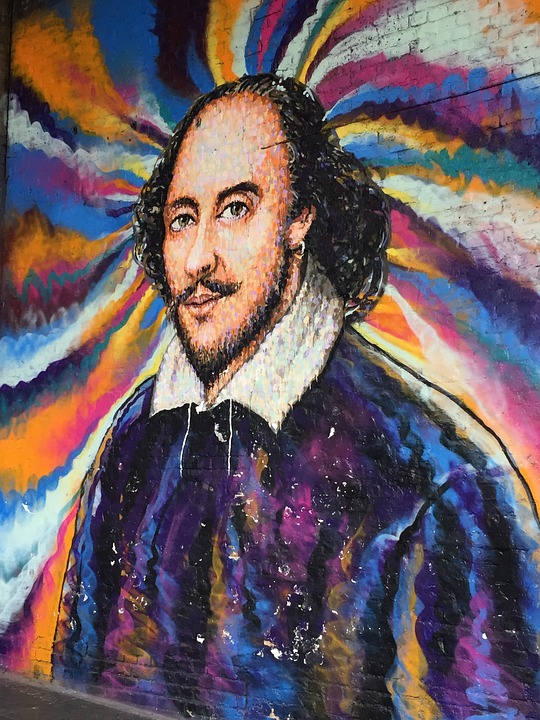 Another method of inventing words was to adapt or shorten Latin words such as “radiantem” the Latin word for beaming, which became “radiance” still common in our vocabulary today. Another example is the popular word “rant,” first used in the play Hamlet, which originated from the Dutch word “randten,” meaning to speak foolishly. Shakespeare would also shorten words altogether. For example, in 1400, the word ‘alone’ was shortened to “lone” and then in his play Coriolanus, the Bard adapted the word to “lonely.”

Even those of us that despised learning Shakespeare at school or haven’t thought about a single piece of his work since leaving school, likely still use phrases that he coined in our everyday lives. If you’ve ever had a gossip session with a friend, you can thank Shakespeare for using the word “gossip” in A Midsummer Night’s Dream. If you’ve ever waited for news “with bated breath”, that expression can be found in The Merchant of Venice. If anyone has tried to console you by saying it isn’t “the be-all and end-all,” they would be quoting Macbeth. Have you ever felt jealous and seen “the green-eyed monster” (Othello), told someone that they have “a heart of gold” (Henry V), or been sent on a “wild goose chase” (Romeo and Juliet)? All of these little phrases that we say without thinking, all originated from a Shakespeare play. It’s because of this widespread use of phrases and words such as these, that it is truly impossible to gauge the complete extent of the impact that he has had on our language.

Yet, his impact goes beyond the actual words he wrote. Shakespeare gifted the world with incredibly unique and vibrant ways in which we can express ourselves. Through his phrasing and metaphors, he gave us infinite ways to express the most complex of emotions, whether that be fear, hope, despair, lust, sorrow, rage, happiness and of course, love. He gave us beautiful quotes about love such as, “My bounty is as boundless as the sea, my love as deep; the more I give to thee, the more I have, for both are infinite” (Romeo and Juliet).

Despite the fact that it does take quite a lot of effort and practice to fully understand Shakespeare, we do have him to thank for the way we speak today, the way we express ourselves, and the way we communicate to one another. His influence is set to stand the test of time and as long as English is being spoken, Shakespeare will be remembered. 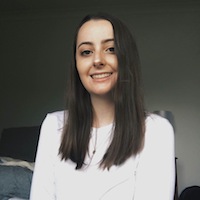 Gabrielle Downes is a recent Arts graduate from the University of Melbourne. She is an avid reader and writer and is currently working on starting her own personal lifestyle blog. Gabrielle is passionate about history and travel and hopes to continue seeing different parts of the world.

This Thursday we are making our own noodles and du

Before our Auslan 101 class later tonight, our tea

We have a new #henparty class coming up soon: DIY